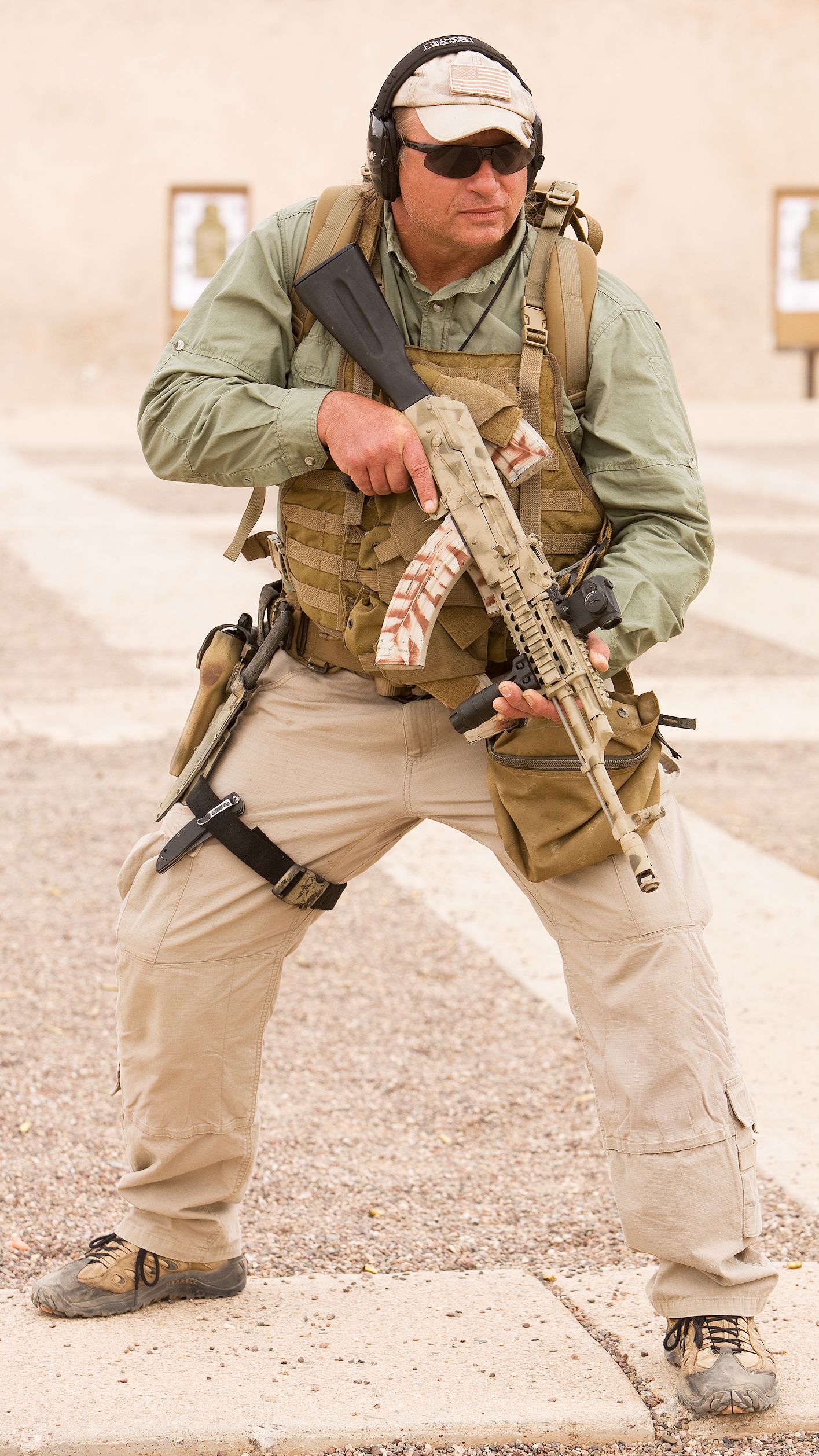 The following excerpt is from Panteao Productions:

The following excerpt is from NE Shooters.

Dave Harrington is an International Level Weapons & Tactics Trainer, and National Level Competitive Shooter. Dave has an extensive background in the U.S. Army Special Forces and has earned the respect of his peers in both the shooting industry and competitive shooting communities with his technical knowledge base and on demand shooting ability.

Dave has developed his own training methodology, and training programs that provide a solid balance of technical shooting instruction and his guidance for the tactical application of fire for “problem solving”. The high value aspect of Dave’s approach to training is he is not a “lock step” trainer. Dave’s powers of observation and analytical skill allow him to immediately and continuously evaluate each individual’s ability and advise accordingly. Dave does not waste time, energy, or resources on topics that you readily understand and are capable of demonstrating based on his analysis of your performance. Dave will take you as far as he can based on your demonstrated performance and willingness to apply yourself.