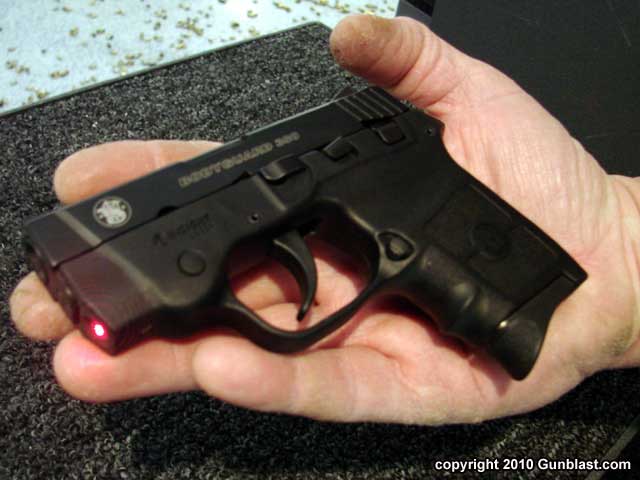 With that being said, there are four parts to trigger control that must constantly be reiterated to shooters of all skill levels. We have covered them before, but as a refresher, please watch THIS VIDEO if you're not sure of what they are. I've really tried to simplify the process for new shooters by providing them the following instructions (after they understand the concept of the sights):

I've found that by having them prep the trigger and double check their sights that they truly start to understand the importance of trigger control. Why is this relevant? Because TRIGGER CONTROL is the most likely culprit for you to not hit your intended target, and a laser WILL NOT ASSIST YOU with that. Instead, what it does is provides the new shooter with an over-estimated sense of capability that is unrealistic at best. Take that new shooter out to the range with their new pocket pistol and a laser and ask them to score a headshot at 10 yards. Hell, ask them to score any hit with any sense of time restriction and they will immediately fall apart. Yes, the laser is pointed at the target when you started your trigger press, however the gun doesn't go off until you hit that break point during the process of pressing the trigger to the rear. Somewhere in between the start of your trigger press and the break point of the trigger, that 14 pound trigger pull caused your muzzle (and therefore your laser) to move. Any slight movement of the muzzle during the trigger press will have exaggerated results down range.

So now we have a new shooter who breezed over some vital fundamentals because they have a "shortcut" and they end up falling victim to a common problem that the "shortcut device" isn't even designed to aid.

Is there ever a time for a laser?

Yes. As with most concepts in shooting, there are multiple circumstances where lasers are a great help. Let's take a look at some of these times...

Since rifles offer numerous advantages over handguns, including a longer sight radius and far greater stability (due to the many more points of control that you have with the weapon), lasers can make a good bit of sense on a rifle. Generally, AR style rifles also have great triggers. When combined with the increased leverage and control of the weapon, acceptable trigger control is far easier to accomplish than it is with a small handgun. If a laser helps you get on target quicker, who am I to argue?

If you are running some sort of night vision, then an infrared laser is definitely something that you're going to want. Of course, if you are running NVG's, you're probably not one of the new shooters that this article is talking about...

If you are an experienced shooter and have a thorough understanding of proper trigger control, then I'm open to you running a laser on your handgun. It's not something that I personally do, but if you find that it helps you achieve faster sight acquisition on the target, then by all means- go for it.

Having a laser on a target with a firearm (or taser) in your hand lets them know that you are in deed in a position to impact them with whatever projectile your weapon utilizes. This is especially useful for tasers in a law enforcement scenario. While many criminals know that a police officer is unlikely to shoot them, they also know that they are likely to deploy that taser and give them a free lightning ride. If that laser dot glowing on their chest provides for argumentitive leverage to gain compliance then I fully support having it.

There it is, folks. In my opinion, new shooters are likely doing themselves more harm than good by throwing a laser on their handgun. They don't understand or respect the importance of good fundamentals and that laser will inevitably inhibit their learning process. Whether you agree or disagree, remember to train with what you'll fight with... And you'll fight with what you are carrying.

Why am I missing so much? Trigger Control!