Dana Loesch identifies the reasons why the terrorist attack in San Bernardino was not prevented – and explains why piling on even more gun control does not address the real issues. It does, however, make law-abiding California residents less prepared to deal with such attacks in the future.

Political hacks pretending they know an AR-15 from a double-barreled shotgun need to "stop talking." After the attack at Pulse nightclub in Orlando, Hillary Clinton looked past the obvious enemy–radical Islamic terror–and instead said "weapons of war have no place on our streets" and that we need to ban AR-15s immediately. Hillary and her family have been protected by armed guards who use them for three decades. But average Americans who watch the news and feel genuine fear for their safety, and their families' safety—Hillary wants to deny them the level of protection she insists upon herself. 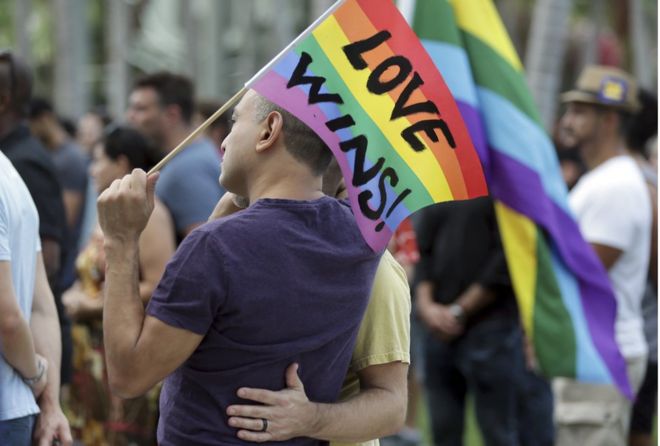 "We're going to beat violence with love" is the dumbest logic I've ever heard. Anyone who believes you're going to console, hug, and heal a radical jihadist is simply living in a fantasy land. Whether you're an atheist or not, rest assured he isn't- and he feels as though he is chartered BY GOD to KILL YOU. Think about that for a moment. This wolf believes that GOD has tasked HIM specifically with KILLING YOU and those like you. Wave all the roses in front of him that you want- you're just becoming a better target.

You don't defeat true violence with love and unicorns. You defeat it with superior violence. You defeat an active shooter by incapacitating him via medical unconsciousness. You can accomplish this by causing the loss of neurological signal after compromising the Central Nervous System or by compromising the Circulatory and/or Respiratory systems through either a loss of blood or oxygen. In short, you stop an active shooter by shooting him. It's not a hug. It's not an inspirational story. It's not some rosy miracle by which you convince him to stop creating carnage. It's by incapacitating him through the use of superior violence. Om** Ma**** wasn't stopped by a bunch of loving people hugging him and convincing him to stop shooting. He was stopped by 5.56 rounds penetrating his skull and torso. He was stopped by superior violence.

Please, someone name the last mass shooter who was a radical jihadist that stopped shooting because he was "overwhelmed by love" or "convinced by humanity." Anyone? ANYONE? It doesn't happen. If you're serious about defending yourself and your loved ones- then get your head out of the sand and into a training routine. Be part of the solution and figure out how to put rounds in the threat as quickly and efficiently as possible.

We should be clear about where we place our arguments. You can make the argument that you can fight hate with love in a humanitarian sense with a very "broad spectrum" approach... But rest assured that fighting violence with love will result in you being the victim of a violent crime. Don't do that.

God Bless America. God Bless the Victims. And God Bless those who decide to be a harder target to victimize.

Orlando - Another Massacre in a Gun-Free Zone

But we Americans just don't get it... We just don't understand. We're so stuck in this "policitally correct" and sensitivity mindset that we can't see the obvious danger at our flanks. We're afraid to say "Radical Islam" because we're immediately painted as having some kind of phobia. We're afraid to link terrorism to Islam because we might offend some of the "peaceful Muslims" that we know. In the meantime, there are radical Islamic groups and individuals who are actively plotting, training, and planning to kill us... All of us... Yes, even you politically correct fools who are on their side- they will gladly kill you too.

I understand the plight of the politically correct talk... We all have a Muslim friend who isn't a terrorist. Yes- there have been terrorist attacks in history by folks who weren't Muslim. Yes- there are Muslim countries like Turkey, Jordan, and a host of others who are allies and are peaceful nations. BUT that doesn't mean we can ignore the obvious. The body count of this "peaceful religion" continues to climb, and the more aggressively they try to kill Americans, the more aggressively our liberal media tries to minimize their intent and re-assign the blame. When radical Islamic terrorists kill dozens in France, it's an act of terrorism and murder. When they do the same in California, it's immediately the fault of the weapon they were carrying or somehow even the NRA is to blame.